Several years ago, we sent out an e-mail to the development community that discussed the need for new inventory, especially in the city. We are sending one out again as the market is now in desperate need of new homes.

In the years following the crash, development became exclusively apartments ‘For Rent’ with literally no new development of ‘For Sale’ properties. Shockoe, Manchester, Monroe Ward, Jackson Ward, and now Scotts Addition, have seen the development of thousands of apartments in the past 10 years to help house the new residents moving into the urban center.

Developing ‘For Rent’ was understandable, considering the fact that most residential properties had lost anywhere from 20-40% of their value from 2008 through 2011 and we had an overhang of inventory that would seemingly take years to absorb. Developers were skeptical and banks were tentative to invest capital into anything other than apartments.

[perfectpullquote align=”right” cite=”It was becoming increasingly evident to us that without a substantial influx of new inventory, we were headed for an issue.” link=”” color=”” class=”” size=””][/perfectpullquote]

The Overhang Was Not Urban

But in reality, the majority of the inventory overhang was in the suburban and rural marketplaces, not the urban ones, and by 2012, we could already see city inventory levels dropping quickly as buyer demand began to return to normal levels. It was becoming increasingly evident to us that without a substantial influx of new inventory, we were headed for an issue.

That said, I don’t think any of us would have anticipated the severity of the issue that we now face. The prevailing thought was that as prices increased, more homes would come to market, interest rates would likely rise, and the demand would somewhat abate. As is evident by the current condition of the market, that did not happen.

What has instead happened is that rates have remained low, encouraging demand, and despite a return of homeowner equity, the normal number of resale homes has not returned anywhere near the early 2000 levels. As the City continues to reinvent itself, residents are staying put longer, further dampening what is an already limited supply.

For each of the last three consecutive springs, the market has begun earlier, peaked higher and prices have increased dramatically. Savvy buyers understand that due to an extremely constrained supply, if they do not get started early, they will miss opportunities and/or end up paying more as the comparable sales drive pricing upward.

Take a look at the charts below for the City of Richmond:

As you can see, the active listing count has fallen by at least 50%, if not more like 75-80% in some sub markets — and especially at the lower to mid level price points. Days on Market and Months of Supply reinforce the undersupply narrative while Price Per Foot, Pending Contracts, and Absorption Rate back the increasing demand narrative.

This wholly out-of-balance market not only presents an obvious problem for the buying marketplace, but an unprecedented opportunity for the development community.

We have written two articles recently (see below) about the current pricing acceleration and its root cause.

In summary, the market is experiencing three trends:

This confluence of factors has created a never-before seen demand for urban housing options that simply do not exist in large enough quantities to balance the market.

The City of Richmond, for many years, was in either a population decline or was experiencing no new migration and thus the housing demand was relatively stable. For the reasons expressed above, the City’s population is expanding rapidly and outpacing the housing market’s ability keep pace.

And as in most urban environments, the ability to add housing stock en masse is largely non-existent. As long as the population continues to increase and demand housing, the lack of inventory problem will likely become worse before it gets any better.

Recent Posts on the Inventory Issues 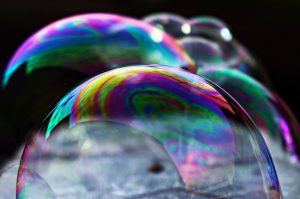 The B Word — Bubble

The ‘Bubble’ article compares the recent price increases to the last time the market accelerated this quickly in the period just before the crash of 2008. It examines supply, credit, equity, and a host of other factors that contrast current conditions with the 2007/8 conditions.
[/wc_column] What is Going on with Inventory?

The Inventory article is more of an opinion piece about the reasons behind the sharp increase in City of Richmond population and the impact it is having on our For Sale housing market.
[/wc_column]
[/wc_row]

[ Additional projects represented by One South, or by founding members, can be found here ]

When we opened One South in early 2008, we did so largely to act as a mouthpiece for the developers in the rapidly re-emerging city marketplace. At the time, few brokerages understood the unique challenges to urban infill and adaptive re-use development. We actively sought to fill that void and built our brokerage to better serve the developers and contractors who were rebuilding the City from the inside out.

To give you a sense of the success that urban infill projects have experienced, we thought it would be prudent to offer a brief narrative of our most recent sales efforts. We will also discuss what is currently being marketed and where each project stands.

Similarly, we have made pricing statistics available for each project to help give you a sense of pricing and absorption. Pay particular attention to the year the projects were marketed as each spring has seen a substantial price increase. A project priced $260/SF in 2014 would obviously be priced higher in the current market.

The importance of C6 cannot be understated as it demonstrated a demand for new infill at pricing approximately 20% above the market.

Huntt’s Row is a collection of 8 infill luxury town homes located on the former Boys and Girls Club site at the corner of Kensington and Robinson in the western Fan District. 2 off street parking spaces were included with each sale. As this post is written, the last developer-owned unit is under contract. We have also handled the first resale, which further solidifies project pricing.

Huntt’s Row demonstrated some of the highest per foot pricing in the Fan District at the time of its completion.

A joint venture between local architect Dave Johannas and One South’s Tom Rosman, Tribeca was a multi-phased project built on land acquired from the RRHA along the southern border with VCU. The last phase was closed out in the spring of 2016. Furthermore, the 9 units in the final phase were absorbed rapidly, taking merely 75 days to sell the majority of the phase.

The following projects are currently being marketed by One South Realty.

We have projects in multiple neighborhoods, in a variety of sizes and features, and in a diverse set of architectural styles.

A2 — a modern, affordable, infill town home development in the alleyway across from the GRTC Bus Depot development.

7 West — a luxury townhome development at the base of the Manchester Bridge along 7th Street in Manchester.

Jefferson Green — a 3 unit contemporary and green project in Church Hill with commanding views of the Downtown skyline.

Overlook — the final phase of the Overlook townhome development in Oregon Hill.

Phase I was priced in the low $400’s and 5/5 sold in Phase I during construction at the time of this post.

Sugar Bottom — a 4 unit infill development on the east side of Church Hill.

The chart below shows the number of listings available by price band.

As you can see, the lower price points have seen the most dramatic decrease in options. And anecdotally, any agent will tell you that the listings most likely to create multiple offers (we have been involved in instances where nearly 20 offers were received) are the price points below $500k in the Museum District, Fan District, Byrd Park/Carillon, and Ginter Park/Bellevue. That said, any quality home is likely to create either a full price offer in less than a week, or a multiple offer/bidding war scenario, even at higher price points.

If you own (or feel you can secure) a site that might be well suited for an infill development, we would love to discuss it with you. Furthermore, if you own an apartment complex and would like to consider conversion to condominiums, we would also love to chat. Our experience in bringing multiple infill and condominium projects to the market is unsurpassed in Richmond.

We actively have contractors/developers seeking opportunities.

Please reach out to us with possible project sites or concepts.