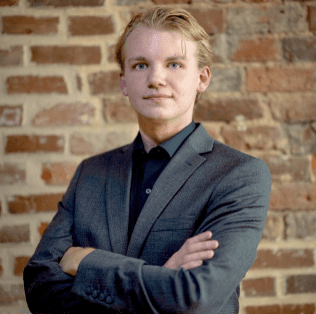 Alexander Wade, a native of Richmond, became a Realtor to help those in need with potentially the biggest investment of their lifetime. “It can be a very stressful and scary process so anything I can do to be there for them or alleviate that pressure then that’s what it’s all about to me,” says Alexander. Another major factor for Alexander was his love for supporting his family, his local community, and his drive to make a positive difference in this world. Driven by his code of ethics, Alexander believes in being honorable at all times, “Morality is a huge part of my life and I bring it everywhere I go with the hope of adding a little good to the world.” He may be very young but Alexander gives 110% to every activity he engages in. When he believes in something to this degree, nothing will persuade him from doing his absolute best and putting his maximum effort into it.

Outside of being a Realtor, Alexander runs a small Lego business, is actively enrolled as a college student, is a family man, and volunteers in his local community. He also considers himself a student of history, philosophy, psychology, and sociology and spends a good bulk of his time reading, listing to documentaries, and doing research. Alexander loves to stay physically active as well. You can find him enjoying a walk, working out, enjoying nature, and camping. Socially, Alexander loves to talk to people and can ramble on to his friends for hours if they don’t stop him. Alexander is very focused on his family and looks forward to raising his own one day saying, “My best memories are associated with spending time with my close family and my in-laws.” He is currently enrolled at John Tyler Community College with the intention of transferring to VCU after the completion of his Business Administration and Psychology Associate degrees.