The Pitfalls of HGTV 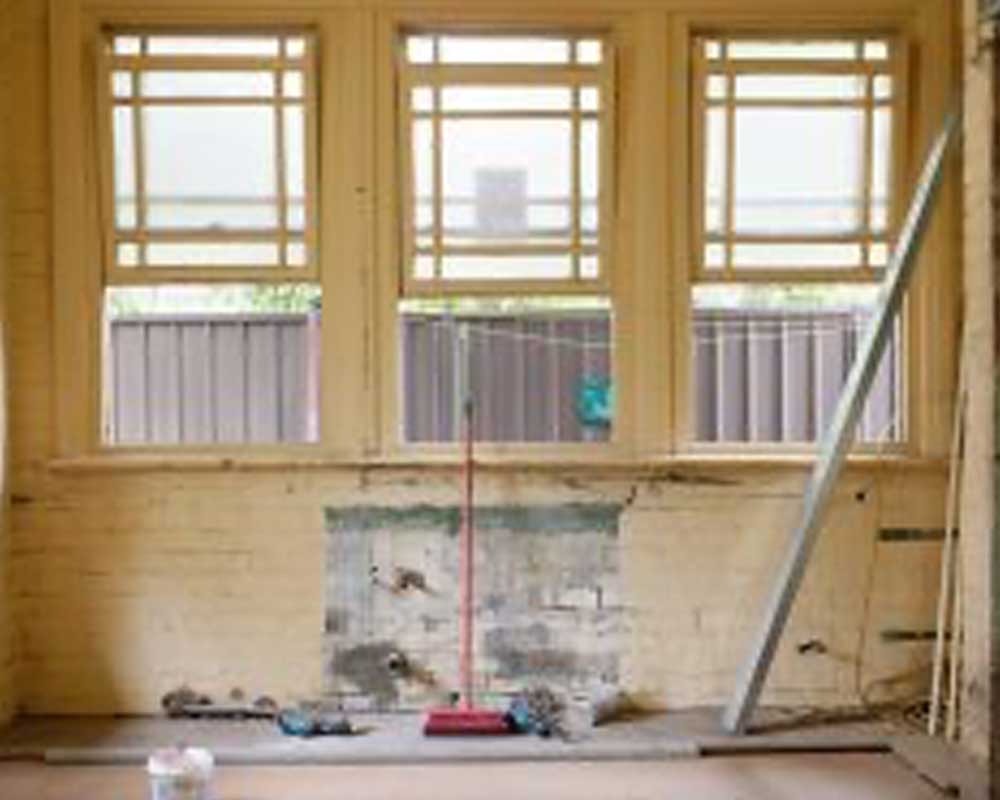 For anyone with even a mild interest in real estate, design or home improvement, let’s face it: HGTV is an endless loop and a rabbit hole of entertainment. If you’ve got the time on your hands and feel so inclined, you can literally sit and watch episode after episode of Fixer Upper for an entire Saturday. And let’s be honest, those shows wouldn’t be set on automatic loop by the network if there weren’t viewers doing just that. As a real estate agent, that is precisely what scares me. Simply put: For anyone who’s unfamiliar with the realities of buying, selling and fixing up houses, HGTV can drag you into a world of fantasy—a place in which the perfect dream home is always around the corner waiting; a world where renovation budgets magically stretch to fit the most elaborate plans; a world where every dollar spent magically generates a buck fifty in equity.

There are some obvious reasons for their formulas—most notably the necessity for entertainment value. Let’s face it, showing the real, full stories would be a financial disaster for the network.

That’s not to say that these shows aren’t of value. They are. And to their defense, none that I’ve seen profess to be real “how-to” shows. As a real estate professional, who lives, eats and drinks all things housing, I’m not afraid to admit that I, too, am addicted. But before you cozy up to your next episode, you should be aware of how this programming may distort expectations and the realities of renovation. First and foremost, the biggest misconception about these shows includes their renovation budgets. And, as much as I hate to admit it, one of the worst offenders is also one of my personal favorites: Love It or List It. To keep things interesting, homeowners on this show always have an elaborate laundry list of major improvements that at least one stubborn spouse (the one who wants to “list it”) requires in order to even think about staying. And, more often than not, that list includes major overhauls like tearing out and replacing kitchens, removal of walls and rearranging of floorplans, or turning dingy basements with no head space into comfortable living rooms.

And as someone who regularly deals in these types of situations, I can tell you that the master budget never even comes close to what’s required in reality. Notice that you never see a line item for things like architects, interior designers or engineers. Rest assured, every design at least passes through one or more of those professionals and they expect to be paid. But you’ll never see that in the show’s budget. Perhaps above all, anyone who’s done any amount of renovation work will tell you: it’s practically impossible to estimate accurately to begin with. Why? Because, let’s face it, you don’t know exactly what’s needed in terms of materials and labor until you’ve opened up the walls (and floors … and roofs …). It’s then and only then that you’ll know exactly what you’re up against. I know—they always hit the token issue that sends Hillary into a tiss, because she has to sacrifice some element of her precious design plans, while exciting David with the possibility that she won’t pull off a great renovation. But any writer will tell you that those issues are built into each episode. Meanwhile, any contractor can tell you that they always tend to be minor and undervalued compared to what surfaces in real-life.

There are also other financial factors that get glossed over in HGTV’s studios. For instance, the way they smooth over the costs of financing and transferring real estate. By design, Love It or List It always leaves homeowners with more added equity than what they spent for improvements. They may spend $30,000, but that number almost always gets stretched to something like another $45,000 in value. In some cases, that might be accurate. But it’s true only by leaving out some important details. First, let’s face it, an improved home isn’t an ATM. In order access that money, you’ve got to sell it—at which point that $15,000 could be eaten up by things like legal fees, closing costs and commissions. You can also rest assured that appraisals are never so cut and dry that you should expect to net exactly what they say you will after improvements. You might get more, you might get less. You won’t know until you sell.

You also will never see the show’s cameras aimed at a desk in the local city hall or county complex, waiting for a delayed building permit or inspection. And any contractor will tell you, those instances are realities. Also, have you ever noticed how these shows always have an abundance of great listings, just sitting there waiting? How often does that happen? In Richmond, I can tell you: Never. One thing’s for sure, if it’s a good listing, you won’t have time to draw up plans for various improvements and to think it over. Not the way they do on these shows. Again, they’re fun to watch, but not reality.

Enjoy, But Keep Your Head on Straight

Before I risk sounding like a total negative Nelly and nay-sayer, let me just assure you that I love these shows every bit as much as you and the rest of the world do. Further, I can assure you that improving real estate is almost always an incredibly rewarding experience—one that’s totally worth investing in, so long as you have your head screwed on straight and stay rooted in reality. Opening up floor plans, revamping front elevations, redoing kitchens—all of those things can add immense value to your property, not to mention enjoyment. All I’m saying is: if you set out to make improvements, or are looking to buy and flip a home, don’t expect to have an HGTV-like experience. You might. But chances are there are going to be some headaches along the way that you’ve never seen depicted on TV.