They Just Don’t Build Them Like They Used To 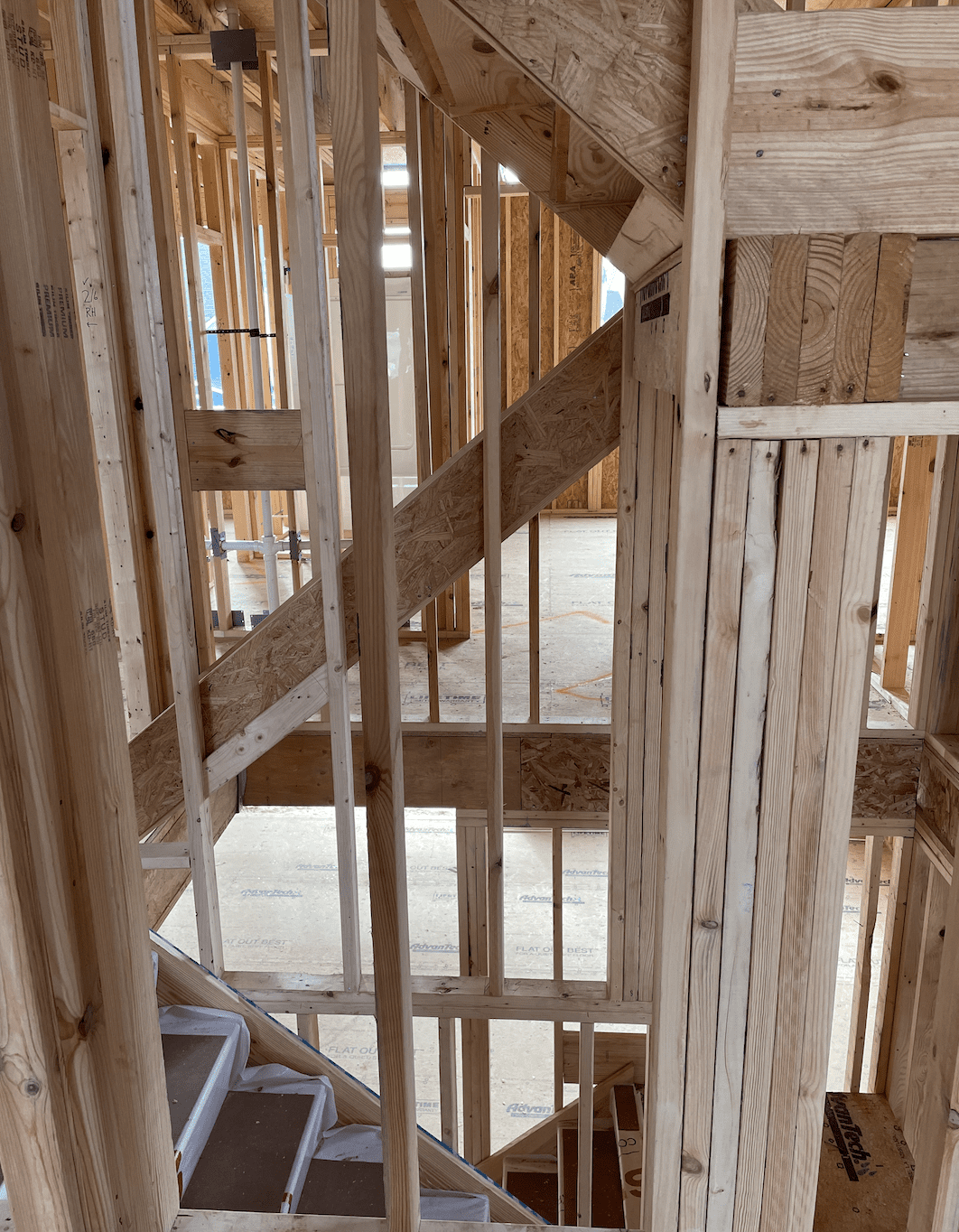 As a Realtor, I hear it all the time.  When out with clients looking at homes, eventually someone will see a cracking drywall seam, frayed piece of vinyl or fogged window, sigh wistfully, and say ‘you know … they just don’t build ’em like they used to.’

In reality, the statement is a correct one, but not for the reasons most think.

Everything is Different Today … And Will Be Tomorrow, Too

Collectively, we don’t do ANYTHING like we used to – cars, phones, education, clothes, healthcare, furniture and of course, houses. Builders today use different materials, different technology, different techniques, different designs and are mandated by municipal codes to build to different standards than those who came before. In 10, 20 and even 50 years, people will walk into a home and say ‘you know, they just don’t …’ Those folks will be right, too, albeit for the exact same wrong reasons.

When you hear the ‘TJDBTLTUT’ statement (my new acronym) being tossed out, what is really being implied is that somehow, the homes of today are somehow sub-standard to those built prior. The implied assertion is somewhere between untrue and unfair as the builders are forced to deal with an entirely different set of conditions than builders of the prior several generations. While some builders choose to take advantage of improved building materials and techniques and some do not, the resulting product is so different from the prior versions as to be almost unrecognizable.

Now, to make this post at least anecdotally scientific, I asked a few respected and “best-in-class” home builders, architects and developers how they feel when they hear ‘TJDBTLTUT’ and the responses (somewhat summarized) are below.

Bill Garrett of WB Garrett and former President of the Home Builders Association of Richmond said:

“We sure don’t build ’em like we used to … we build them better.

“I think that what people love about older homes is the character. With so much of the design in new homes mandated by the developer’s architectural guidelines (which are usually mandated by the county), creating diversity in the look of the new neighborhoods is near impossible. While the builder’s are accused of building the same homes over and over, it is really because the box we have painted into gives us little room to be different.

“As far as what we do better? Engineering for one. Our understanding of framing to allow for point loads, structural integrity during high wind, snow and seismic activity is much better. The electrical system we build into homes … increased capacity, breakers, panels, GFI receptacles … are all designed with a higher degree of safety and accident prevention. And while we can bring more power into a home in a far safer manner, our homes, in reality, need far less than they used to due to increases in mechanical, appliance and insulation efficiency.

“Each and every generation of building code further increases the requirements for even the most basic home. By and large, we build better today. **

“In some cases we build them better today and in some cases not so well, but that is really no different than days past.  Finding shoddy workmanship inside the walls of homes built prior to the 1930’s is pretty common.

“I think people see all old homes and assume they were all built to the extraordinary level that the homes along Monument Avenue … that is simply not the case. Monument Avenue’s true power comes from the fact that it is a collection of extraordinary architecture. Each year, numerous homes are still built to such levels in the suburban and rural marketplaces … you just don’t see them because they are not necessarily concentrated in such a small geographic area.

“The design of homes in suburbia, in many cases, is also quite strong. The evolution of the great room and how it impacts the daily lifestyle has been profound. While some of the woods used may not be as robust as the ones used in the older homes, many other materials are safer and more efficient.

“Overall, I don’t think the statement is accurate. It really isn’t an apples to apples comparison. **

“Our niche is renovation of historic structures and so when I hear ‘TJDBTLTUT,’ I would imagine my thoughts are slightly different than those who exclusively build new homes.

“A lot of what is attractive to the public is the artistic elements that were probably more common in older structures. In my line of work (historic tax credit renovations), a lot of what we do is restore the old work. Finding a person capable of bringing a prominent feature back to life can be a real challenge on occasion … but I would imagine finding a supplier versed in responsibly harvested materials would have been quite rare in 1935. It just goes to show how far we have come.

“When I hear, “they don’t build them like they used to,” it’s mostly related to structure. Walls made from three layers of brick, 3 x 12 wood beams and 24″ solid wood columns are things of days past. Customers have a budget and would rather have high end appliances and decorative finishes over 3 x 12 wood beams hidden in a ceiling. And I would rather spend money on energy efficiency instead of an antiquated means of structure any day. FSC Certified hardwood from sustainable forests for cabinets, dual flush toilets, Energy Star rated appliances, insulation and electrical fixtures, programmable thermostats, insulated windows and compact fluorescent bulbs all play a role … I could go on and on.

“The lowered impact of construction on our planet is the most important reason why we build things better than we used to. **

“There have been many changes in how we build and I think that, overall, is a good thing.

“The most obvious improvement is in energy efficiency. Building envelopes have become increasingly tight (sometimes too much so) and with it, air quality and utility savings have improved dramatically.

“However, with any process, growth comes through trial and error. I think that many of the perception that homes are not built like they used to many times comes from the introduction of new materials or techniques before they are perfected. Dryvit exteriors work well when applied correctly, but until we collectively learned how to apply the product properly, there were issues … and thus leaving the impression that poor workmanship was to blame. While there are many examples of missteps along the route to progress, there is always advancement.

“I think the real takeaway is that while older properties have a higher level charm and authenticity, newer properties not only perform better, but create an environment which helps its occupants live and work better, safer and healthier. **

“As a non-profit organization, partnered with the Home Builders Association of Virginia and Virginia Housing Development Authority, that delivers the EarthCraft House program, (a regional, third-party, energy efficient, green building program) we can say that the builders participating in our program, “Build Them Better Than They Used To” AND better than newly constructed homes built to code.

“Due to previous housing needs, older homes were able to optimize material selection and passive cooling with little prioritization on energy performance. As the industry advances are able to holistically address energy efficiency and sustainable building approaches in both new construction and renovation projects using third-party energy modeling software, on-site verification and diagnostic pressure testing on each building. We factor in controlled mechanical ventilation (you may have heard “build tight and ventilate right”) coupled with advanced building technologies to help our building partners advance high performance home construction.

“In the quickly advancing field of high performance home construction we are even able to design, build and verify homes to be energy neutral (i.e. the home consume as much energy as needed to operate annually) with our “Net-Zero” Program, by first addressing energy conservation of the building envelope and systems prior to the incorporation of renewable energies.

“The technologies and tools are available to build high performance homes of the 21st century, but third-party, quality control and certification are critical to ensure we “Build Them Better Than We Used To.”

Throughout the conversations, the theme of energy efficiency/responsible materials probably emerged the most often.  The advancements in lowering the environmental impact of construction on our planet are a direct result of an increasing demand from the buying public, a mandate by our government and dramatic decrease in the cost of the greener materials and their applications.  While there is still a long way to go, greener is the new norm and homes with negligible energy signatures are closer than we think.

The other somewhat surprising piece I took from my conversations was the esteem in which the modern techniques were held. I somehow expected the architects and developers to somehow harken back to what most would consider a ‘Golden Age’ of design … but they did not. I got the sense that they felt that a lot of the classic or historic architecture was built during an era when walking and public transportation were the norm and thus, the style of life was preferable … not necessarily the building techniques. While there was no denying that the homes along Monument Avenue were spectacular, the large majority of homes not from the early 20th century were not built to those extraordinary standards.

My opinion is that how you feel about the ‘don’t build them…’ statement is directly related to what you value in a home. If you value handcrafted finish details and more durable hard woods, you will find the older stock of housing more appealing. If you value greener materials, lower maintenance and smaller utilities, then newer homes will appeal to you.

There is not really a right answer … just different people with different preferences in different stages of life.

** I would like to thank the people who gave their time to engage in the conversation about building today.  Much of writing here is my attempt paraphrasing what was said and some of the more subtle points may have been lost in an attempt to consolidate the conversation.

Rick Jarvis is Founder of the One South Realty Group and author of this post.  He has represented numerous projects in the urban marketplace and his company represents buyers and sellers of houses throughout Richmond.  One South Realty works with new homes, luxury homes as well as commercial properties and condos.  One South Realty is one of the fastest growing brokerages in the Metro.