It was the top of the 6th inning and Blake Snell of the Tampa Bay Devil Rays was working on a 2 hit, 9 strikeout performance in Game 6 of the World Series. For the non-baseball inclined, Snell was having a heckuva game.

I fully recognize that the baseball-centric topic will be less than compelling for many. Just scroll to the last sections for the real estate stuff if the sports lead-in bores you.

After recording an out on the first batter of the 6th inning, Snell gave up a fairly benign single to the Dodgers’ 9th place batter (in theory, the weakest in the Dodgers’ lineup.)

Much to everyone’s surprise, the Devil Rays’ manager, Kevin Cash, walked to the mound, removed Snell from the game, and brought in relief pitcher Nick Anderson, despite the fact that Snell seemed totally in control.

For anyone who follows baseball, the events that followed have been discussed quite a bit –– the Dodgers’ bats immediately came alive and several hits later, they went on to take a lead they would never relinquish.

The final score of the game was 3-1 in favor of the Dodgers and a 30+ year World Series drought was broken with a 4 games to 2 series victory.

The Vilification of Cash

Kevin Cash, the Devil Rays’ manager was largely vilified for removing Snell, who, up to that point, had thoroughly dominated the Dodgers. Announcers, fans, players, and even Snell to some extent, questioned the decision –– and rightly so.

It’s admittedly hard to look at Snell’s 3 hit / 9 strikeout performance up to that point and think –– ‘We should take him out now.’

But that is exactly what Cash did.

In the press conference following the loss, Cash, himself, acknowledged that questioning his decision was fair –– essentially validating the debatable nature of removing Snell when he did.

So, in light of Snell’s dominance, why do you take him out?

The Tampa Bay Devil Rays entered the bizarre 2020 season with a payroll of $72M, the 4th lowest in all of baseball. 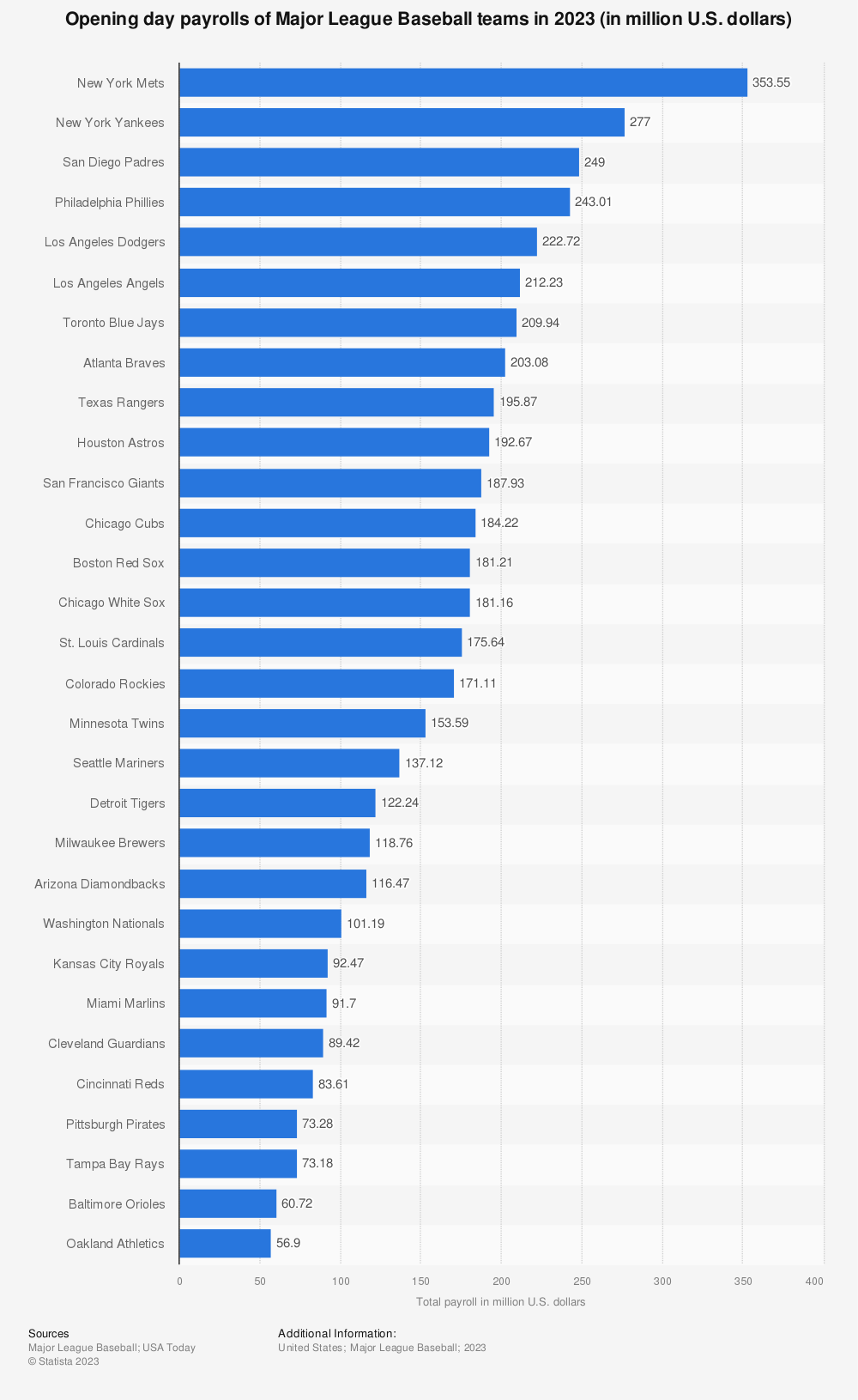 To give some perspective, the Ray’s paltry payroll was some 66% lower than the Yankees and Dodgers ($250 and 220M respectively) and 20-30% less than the perennial small market teams in Kansas City, Oakland, and Milwaukee.

Yet despite their extremely low investment in player salaries, the Tampa Bay Rays won 40 of their 60 games in the COVID shortened season (only the Dodgers won more overall) and had the most wins in the American League.

Furthermore, on their march through the playoffs, the Rays beat teams with payrolls that were many times their own:

To say that the Ray’s overachieved would be an understatement.

How did the Rays manage to beat so many teams with so many more highly established (ok, highly paid) players?

Easy, it was a reliance on analytics.

Together, they brought a numeric focus to the game, the likes of which had not yet been seen.

The Rays built a winning team and employed winning strategies by knowing not only their tendencies but their opponent’s tendencies, too  –– and consequently, they were able to make their investment pay off at 4x the rate of the rest of baseball.

When the dust settled, the Rays and their system were only a few runs short of winning a championship –– that accomplishment, in itself, is borderline mind-boggling.

Ok, so payroll and philosophy aside, Snell was still tossing a gem when he was removed –– why? What did the Rays seem to know that no one else did?

The bottom line is that Snell had not made it past the 6th inning in any start this season. And this tendency was not just emblematic of this season, in his 108 starts over his 5 year career, his average start lasted 5.1 innings –– which is the time Cash chose to remove him from the game.

Stated differently, Snell had shown an extremely strong tendency towards implosion at the precise time Cash chose to make the change. And did we mention he was facing the best offensive team in the league?

And thus, with 14 million people watching and ready to question the decision, Cash walked out to the mound and removed an obviously disappointed Snell from the game.

Imperfect Information is the Constant

In the hours and days following the loss, the talk shows and Internet sports trolls lit into Cash:

I get it, the decision smacks of an overreliance on information and a robotic approach to an incredibly human endeavor, but it ignores a much larger issue –– up until that point, the Rays’ system had paid huge dividends AND rarely, if ever, do we have perfect information when we make choices.

And this holds doubly true for life’s biggest decisions.

What facts did Cash have at his disposal to help him make the decision? (we will use our own industry for a framework):

The bottom line was that his flawed roster would not let him sit there and slug it out with the supremely talented Dodgers –– and thus he had to play a calculated strategy that he thought gave him the best chance to win.

In the 40 games he won during the regular season, and the 3 series wins in playoffs against bigger budget teams, the Rays’ reliance on analytics had worked. And at the time he was forced to make the decision, he made the move that he thought would give them the best chance to win –– and he did so without the benefit of hindsight.

Not only do I think he made the correct decision (despite the fact that they did not win), I think Cash showed an incredible amount of intestinal fortitude in doing so. He knew the decision would open him to great criticism if it didn’t work, and yet he chose to make it anyway.

Cash, in my opinion, deserves great applause, and not the vitriol he is currently receiving from the peanut gallery.

Kudos to you, Kevin Cash.

The World Series of Real Estate

So why tell this story? Because the 2021 real estate market is going to feel to us a lot like Game 6 of the 2020 World Series felt for Cash.

We need to be ready for it.

We, as agents, will be faced with helping clients make high-pressure decisions based on imperfect and incomplete information, and we will be judged by the number we get wrong, more than the number we get right.

As agents, we can expect:

And it will be this way for not just 2021 –– but for several years afterward –– as the population resettles itself in the wake of the COVID/Zoom/Home Office transition currently underway.

The bottom line is that all of our businesses are about to change –– substantially. The pressure to evolve and adopt new techniques will never be greater and the ones who do it best will emerge as the leaders.

Kevin Cash gave us a season-long master class on the future of informed decision making into the teeth of imperfect information –– and came within one game of winning it all with a roster that cost 70% less than the teams he beat.

Yes, he got vilified because the last decision didn’t work out as planned, but, you know what? Blame comes with the job.